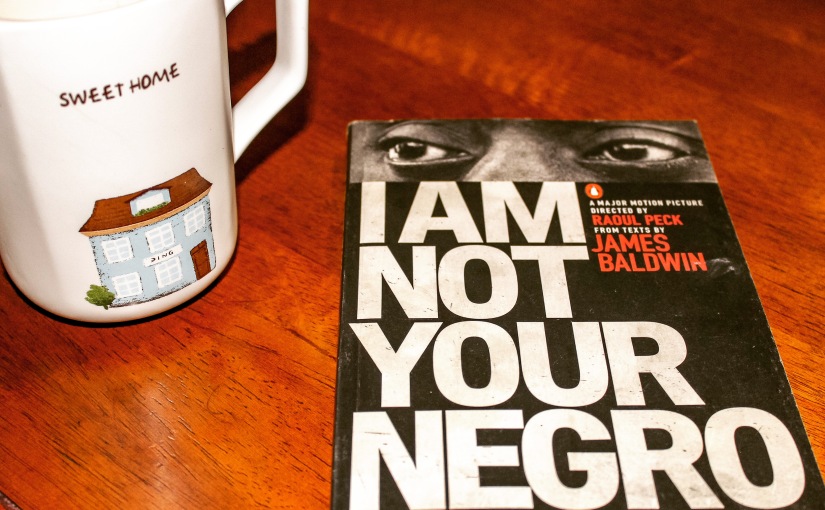 A documentary film directed by Raoul Peck, from texts by James Baldwin.

Remember the House is an incomplete manuscript left behind by James Baldwin, where he wanted to tell a story about the lives of his friends; Martin Luther King, Malcom X and Medgar Evers. In I Am Not Your Negro Raoul Peck takes on the challenging task of creating a film from Baldwin’s preexisting texts (notes, letters and manuscript) in a way that does justice to the author’s well known dynamic style and the significance of his ideas and messages.

I Am Not Your Negro tells the hideous story of America through the lives of these three well-known and celebrated heroes, who were all murdered before the age of forty.

I found this read a sober reminder of how far black Americans have come and how far they still need to go. Baldwin observes how these three leaders were different yet found themselves on the same journey, facing the same problems and ultimately dying for the same cause.

He wrote about the movie culture in America and how it shaped their ideologies, the way children would idolize the white actors but go home to find in the mirror that they looked nothing like them. There’s a sadness in the truth of stories about piling dead bodies being a reality that many people grew up around and still saw all around, bodies of families and friends.

There’s an interesting point I read where Baldwin said, “If Americans were not so terrified of their private selves, they would never have become so dependent on what they call ‘the Negro problem’”.  This is still true for white America today. A lot of what Baldwin wrote about the black community’s struggles and challenges back then can still be found today, even with the progress that some black people are making.

If, like me, you read this as your first Baldwin then you might just be inspired to start on his other works.

This site uses Akismet to reduce spam. Learn how your comment data is processed.